WEST PALM BEACH, FL. (July 08, 2021) – Signarama®, the world’s largest sign franchise, announced today that it has been recognized by GUINNESS WORLD RECORDS™ for setting the record for most signatures on a banner in one hour. During its World Expo event on June 28th between 10:00AM and 11:00AM in West Palm Beach, the brand successfully captured the needed signatures on the 25-foot banner. The banner was sponsored by Signarama’s preferred vendor partner, GCI Digital Imaging, and themed to celebrate Signarama’s 35th year in business in 2021 as a continuation of their “we love signs” campaign. 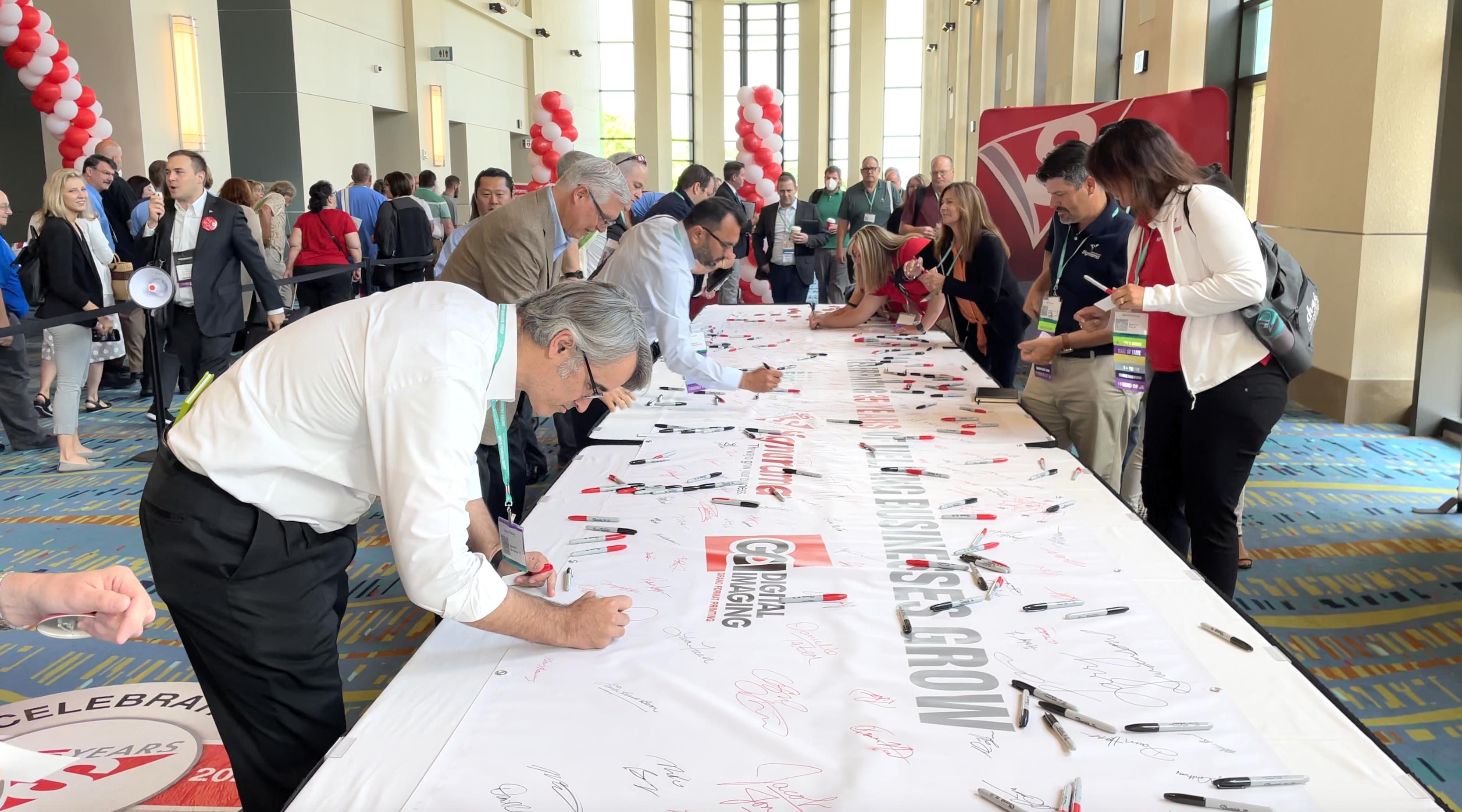 “The Signarama brand is proud to hold this record title and it was wonderful to share the moment with our franchisees and vendor partners during our World Expo event,” said A.J. Titus, President of Signarama and United Franchise Group. “The GUINNESS WORLD RECORDS™ title attempt was also done in part to celebrate Signarama’s 35 years in business. We couldn’t think of a better way to commemorate this milestone!”

The attempt itself was exciting to witness. The crowd exited the Grand Ballroom at the Palm Beach County Convention Center after the morning’s guest speakers and filed in an orderly fashion around the banner as the timer started. Special guest Jesse Cole, founder of Fans First Entertainment and owner of the Savannah Bananas, was dressed in his famous yellow suit and present among the crowd. Each signature was counted as attendees dropped a registration card into the famous Signarama “Mini” Mini Cooper vehicle on their way by.

There was plenty of time still remaining in the hour as the crowd filed by in record time, so the Signarama team made the split-second decision to pick up the banner, and transport it down the escalators to the heart of the trade show floor in order to finish out the remaining minutes of the record attempt. The crowd followed behind the eye-catching procession chanting “we love signs” as they made the trip down the escalators and onto the trade show floor, where Signarama were able to gain a significant number of additional signatures!

Guinness World Records adjudicator, Michael Empric, flew in for the event and was present to count each participant. He later officially announced and confirmed the record attempt totaling 689 signatures on-stage in front of all the participants. The minimum number to set this GUINNESS WORLD RECORDS™ title was 250. The official record title certificate and banner now hang proudly in Signarama Corporate Headquarters in West Palm Beach. You can watch the video recap here!

Signarama is the world’s leading sign and graphics franchise with over 700 locations worldwide in over 20 countries. For more information about Signarama, visit Signarama.com.